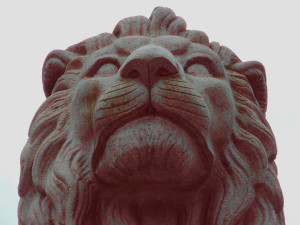 The notoriously successful political schemer of 14th century France has, for most Americans, been reduced to the distant annals of history, visited tepidly by liberal arts grad students. Yet with the recent remake of the Maurice Druon’s Accursed Kings series, his vivid tale is brought back to life. In between the pages and stories of murdered kings, sex, and violence, lies a bounty of wisdom for software developers.

1.  The persistent triumph
Despite all the opposition and loss encountered by Robert, he kept fighting against the tide and never stops trying to rise in power. At times, entire years pass during which he remains out of favor with the French court.
Likewise, when building a challenging software project, it may seem like all avenues have been exhausted and no end is in sight. The software just does not seem to work, and it may seem impossible to make it right. At this time, right when things are at their worst, every developer has a choice. They can either write the software, or let the software write them. Persistence separates the men from the boys (and women from the girls).

2. Tie up loose ends
In the Accursed Kings series – loose ends and seemingly minor enemies end up playing major roles in the rise and fall of kings. Don’t let your software enemies (missed error paths and possible bugs) crop up after the software is released. Even though testing can seem like tedious drudgery, the software isn’t done until every possible error path has been properly handled.  That missed bug may cost you more than you had thought.

3. Better to die in glory than live in despair
Robert never strays from his illustrious goal – regaining his birthright of Artois. Although he never actually reclaims the title, he achieves a plethora of success along the way. Similarly – if you have a chance to take on a challenging project – go for it! Better to lose a few nights of sleep and have an exciting accomplishment, than to spend your life in the endless comfort of simple projects and never get to the next level.

4. Have a succession plan
The core of Robert’s problem is that his father’s will was not found after his death. Instead of the estate passing on to Robert, it was taken by his aunt. Don’t let this happen to the software projects that you have built and coddled from birth. Make sure that when you move on to bigger and better opportunities, the software will outlive your days at the firm. Train a successor, right from the start, on the system architecture and the spirit of its design. Ignore succession planning, and the software may fall into the wrong hands.

If you have not had the chance to see or read the Accursed Kings – I highly recommend it. It’s a thrilling, raunchy historical film that shows non-fiction can have more twists and turns than a modern screenwriter could possibly dream.