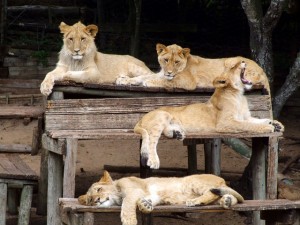 Perhaps nothing instills more fear in the hearts and minds of mortals than disobedience against their Creator.  While the standard deadly sins may ruin a person’s life and soul, the corollary sins of software development can ruin a career.  The first of these deadly sins: Pride.

Pride can be a highly corrosive element in any development team.  The refusal to learn from other people leads to an insular, top-down management structure and little self-worth throughout the team.  Most of the other developers will quickly lose their initiative to perform glorious work, while the other prideful developers will often get into heated arguments and debates over trivial matters.  No organization can last long when pride has entered its DNA, since the internal strife, combined with NIH (Not Invented Here) syndrome will soon eliminate their competitive advantage.

The cure for pride is its complementary virtue – Humility.  This virtue is manifest in thinking that others are superior to oneself, and that each person, no matter what their background, can offer something beneficial to the team.  Instead of looking for problems with an idea, it’s possible to look for the benefits, and ways in which an idea can offer value.  By approaching problems with an open mind, it’s possible to create new and better approaches to development, by combine the best components of each idea into an amalgamated final product.

Changing one’s self to become humble is difficult enough, however bringing other proud developers to successful teamwork can be a mountainous battle.  Surprisingly, the key to surmounting others’ pride is often as simple as asking open-ended questions.  By facilitating an environment in which each person can provide their concepts and ideas, and enabling each person’s ego to be consolidated toward a shared “team vision”, pride can be vanquished for the sake of the greater good.  And for that cause, even Peter Singer would be proud.